During every Camp Ondessonk gala, the Loyal Lodge of Ondessonk & Tekakwitha recognizes individuals of the Camp community who have gone above and beyond through time, talent and treasure. Though this year’s gala was virtual, Camp still recognized four outstanding people. Congratulations again to Tom Young, Joe Werner, Jackie McKay, and Belinda Bauer! Your dedication to Camp Ondessonk is an inspiration.

Jackie McKay – A former Camp Ondessonk camper, wrangler, and Barn Manager, Jackie has evolved into one of Camp’s most willing and able work horses. She eagerly serves on numerous committees and work groups and she happily volunteers onsite during summer camp and countless days during the rest of the year. Jackie has a talent for making sure the people around her know that they are special. To our staff – summer staff included – she is a mentor, a friend, and a constant champion for their growth.

A former Lodge princess, Jackie’s support of Camp and of Lodge is remarkable. Among other supportive gestures, Jackie was directly involved in creating and launching the Lifetime Lodge Memberships – a program for paying a one-time fee to secure lifetime active status as a member. She then galvanized her support of the initiative by enrolling as the first Lifetime Lodge Member – a status which is now enjoyed by over 120 individuals.

Belinda Bauer – Another former camper, wrangler, and counselor, Belinda has been active in the Camp community for a big portion of the last five decades. Like many board members, she serves on multiple committees and work groups – the forums in which much of the heavy-lifting is done. Belinda’s talent for organizing, listening, and course-setting have been instrumental in improving committee productivity and thus, achieving measurable impacts upon camp as an operation. One such example – updating the Lodge Ceremony, came with serious organizational growing pains. Though the need for Lodge Ceremony changes was difficult for many to digest – Belinda helped lead the work group tasked with that challenge.

Belinda’s capacity to give time is matched equally by her willingness to support Camp with project gifts, sponsorships, and major gifts. She does not give in this way for the recognition. Her generosity, however, does not go unnoticed. It directly impacts the kids we serve. They certainly notice. 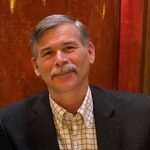 Tom Young – Tom has completed hundreds of hours of volunteer service through his committee, board, and farrier work. He also solicits gifts, moves tables at events, and delivers whatever is needed with a smile. He is another of Camp’s work horses. Beyond that, his sincere and constant support of the Ondessonk staff has helped raise morale during very challenging times.

Tom’s generosity to Camp includes golf team sponsorships (he doesn’t even play himself), in-kind gifts, auction item purchases, and very generous cash gifts. For example, his recent major gift to support of the Fournie Lodge renovation project resulted in significant progress on a project that would have otherwise been delayed yet again. Tom understands that the building will generate precious revenue when it is completed.

Joe Werner – I am not aware of another volunteer that has given more hours of skilled volunteer service to Camp Ondessonk in the last several years. Though Joe has been involved in other Ondessonk projects, it’s his selfless devotion to the renovation of Fournie Lodge that is most inspiring. Joe, a building contractor, is currently leading a team of volunteers in the transformation of the building; a structure that was once at risk of being torn down due to disrepair. Without his persistence, the project would have stalled long ago.

For many years, Joe and his family have “quietly” sponsored gala tables, golf benefit teams, and trivia night teams. Additionally, Joe and his family often make unrestricted gifts to camp. Though difficult to quantify because of the nature of in-kind and incidental giving, Joe has undoubtedly spent thousands of dollars from his own pocket on fuel and building supplies. His motivation: to serve Camp Ondessonk and the memory of Monsignor John T. Fournie, Joe’s childhood parish priest at St. Philip’s in East St. Louis.